Lucerne (Medicago sativa) is a perennial legume which is used mainly for the production of hay, silage and pasture. It is grown extensively in Australia, as well as many other countries including the USA, Canada, South America, the Middle East, Africa and Europe.

It is the major perennial forage legume and often referred to as “the king of fodder”. The plant can grow up to about a metre in height and it has a deep tap-root system, which can sometimes stretch 15 metres, making it resilient to drought and a reliable product to include in agricultural systems. Above the taproot, at the base of the plant is the “crown” where growth extends from. Provided that it is not damaged, repeated growth will come from the crown for many years.

It is well adapted crop to dryland and irrigation farming systems on a range of soil types. Lucerne increases organic matter for improved soil structure and reduces groundwater recharge. It lowers water tables and has the potential to minimise erosion on less stable soils.

It is grown throughout the world as forage for livestock and is often harvested for hay, but can also be grazed or made into silage. Lucerne has one of the highest feeding values for all common hay crops and is the highest yielding forage plant and an excellent source of protein, energy, minerals and vitamins to improve livestock health.

Lucerne requires pollinators when the plant is in bloom. The European honey bee is the most commonly used pollinator in Australia.

Lucerne can be incorporated into cropping systems, utilised as a grazing plant for livestock or conserved as high quality hay, silage or chaff. It can be sown alone, in mixed pastures or sown with crops and is often more productive than annuals. 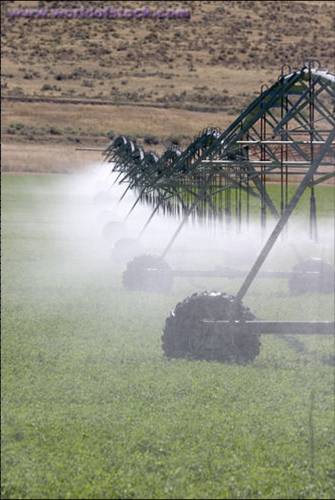 To access the soil moisture levels and latest weather conditions
at the Lucerne Australia Trial Site, click on these links: